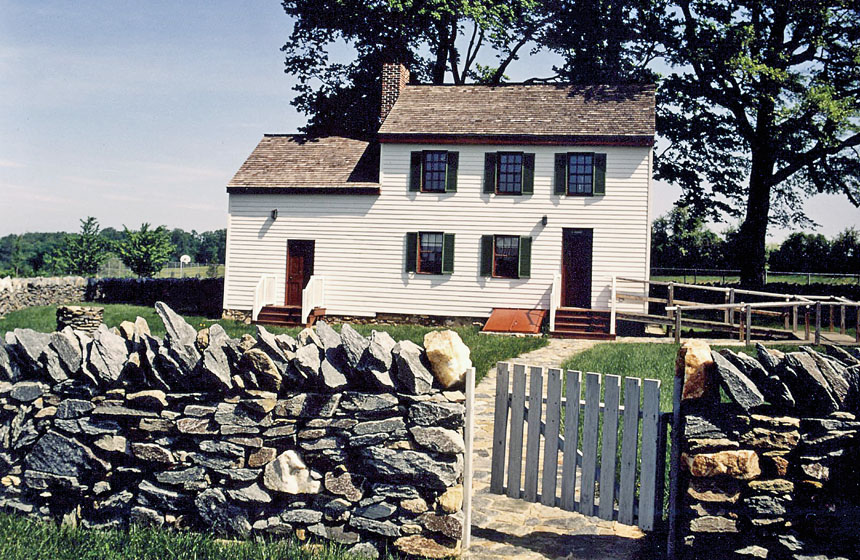 Architects occasionally encounter small scale projects that make significant statements about the communities they constitute.   The Marlow House serves as a strong example of this; representing the history of an industrious, Scottish immigrant who made his mark in the annals of Howard County history during the period of development not long after the Revolutionary War. Although the structure is small in stature, it documents one of the few surviving indigenous farmhouses that were common to the area in 1840. An important attribute of Mr. Marlow’s tenure was his commitment to community service, which resonates in the social character of modern day Howard County. His social consciousness was evidenced when Marlow constructed a 1-room schoolhouse on his property along Schooley Mill Road, and donated the building to the community, along with the small parcel of land it resided upon.

The restored farmhouse is part of a large, recreational, community park operated by the County. Gant Brunnett Architects crafted the restoration design of the farmhouse, along with the designs for several new park service structures including a large multipurpose building.