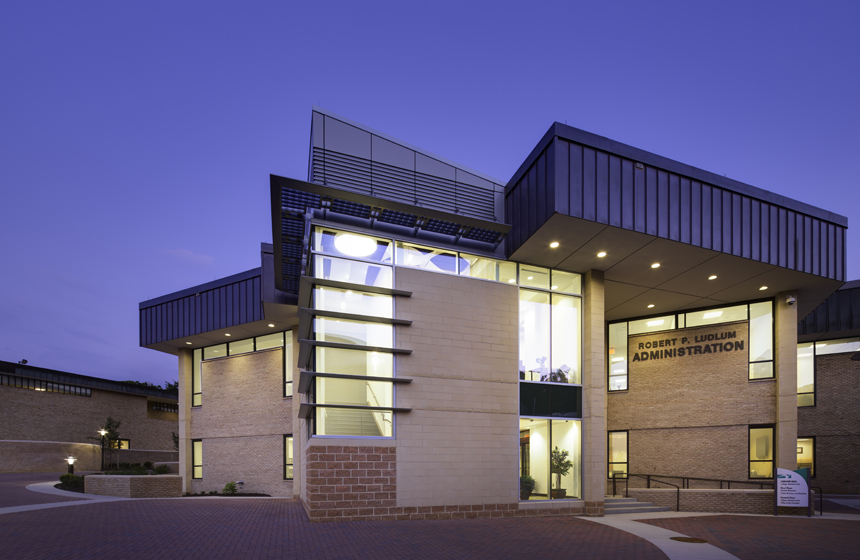 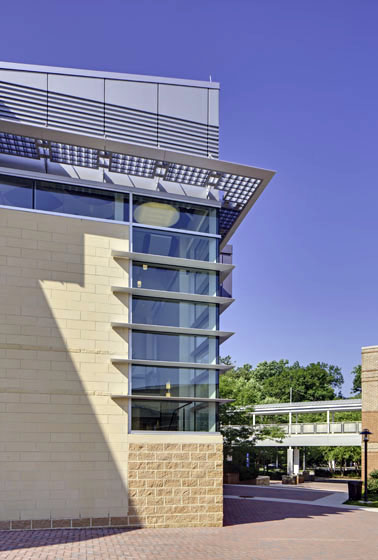 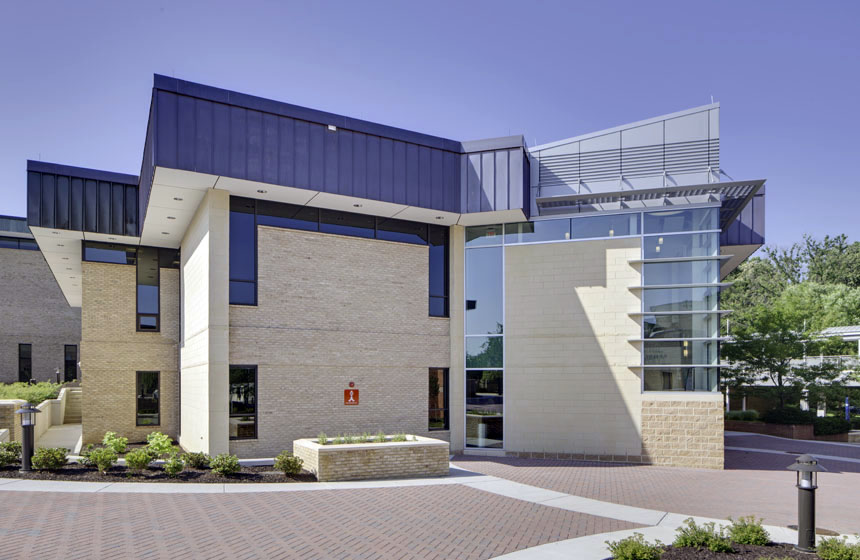 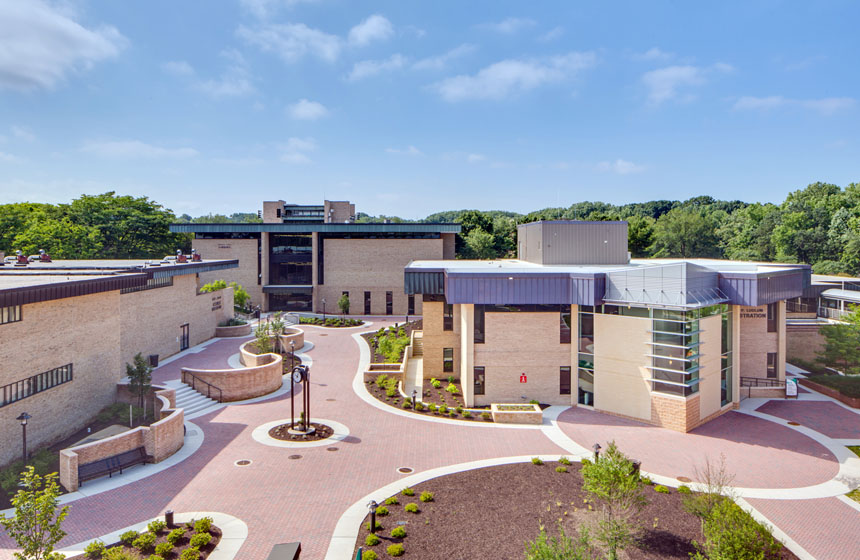 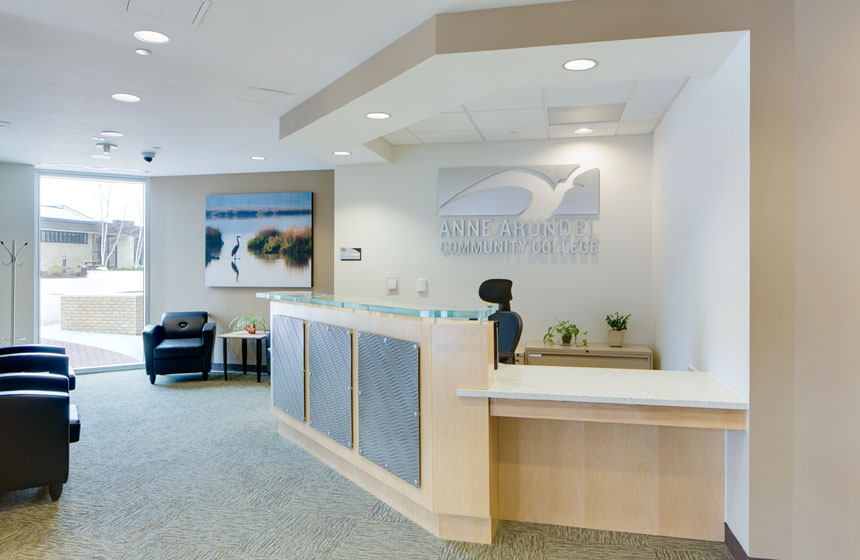 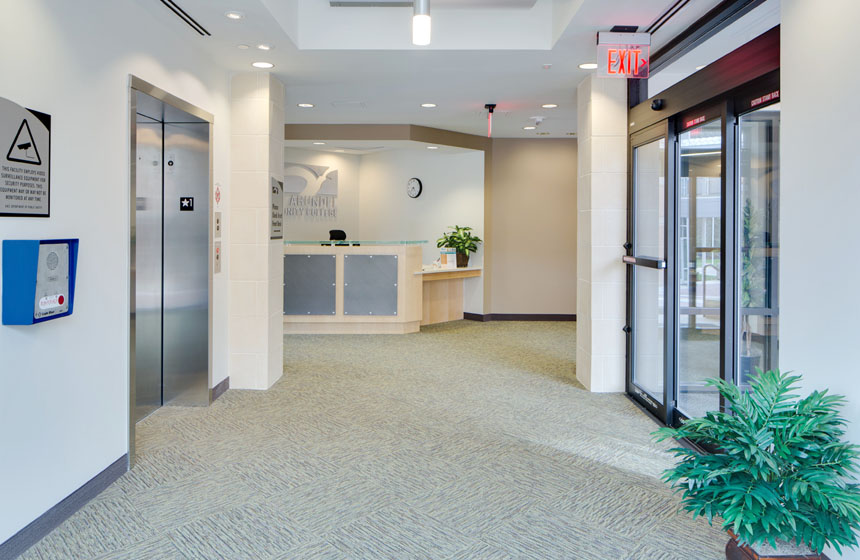 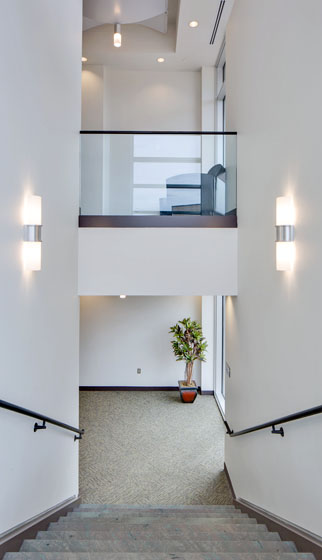 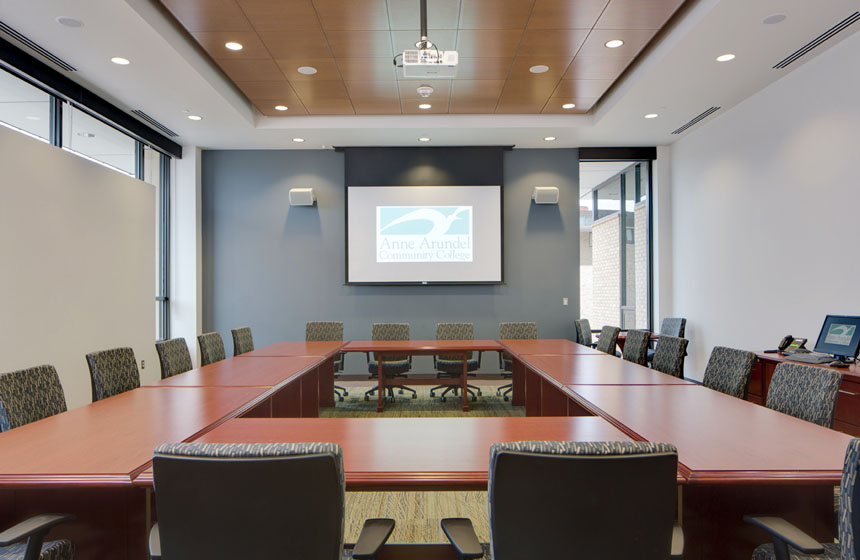 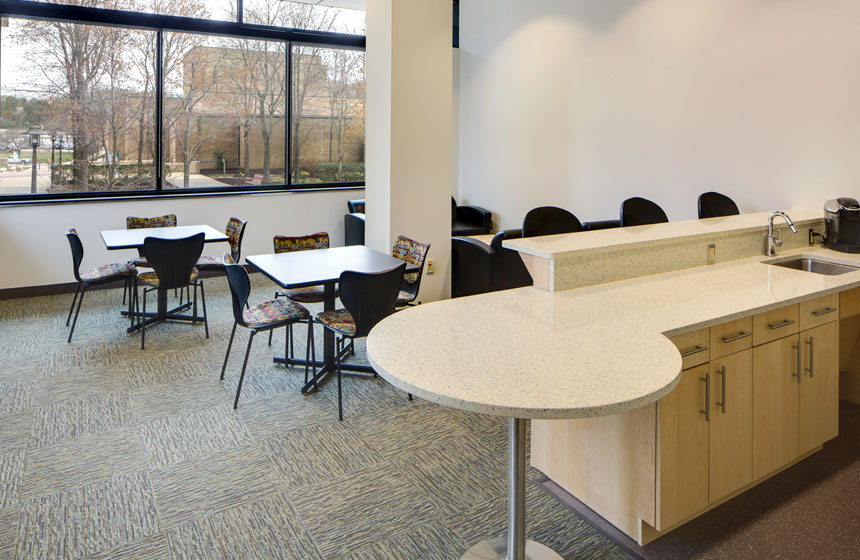 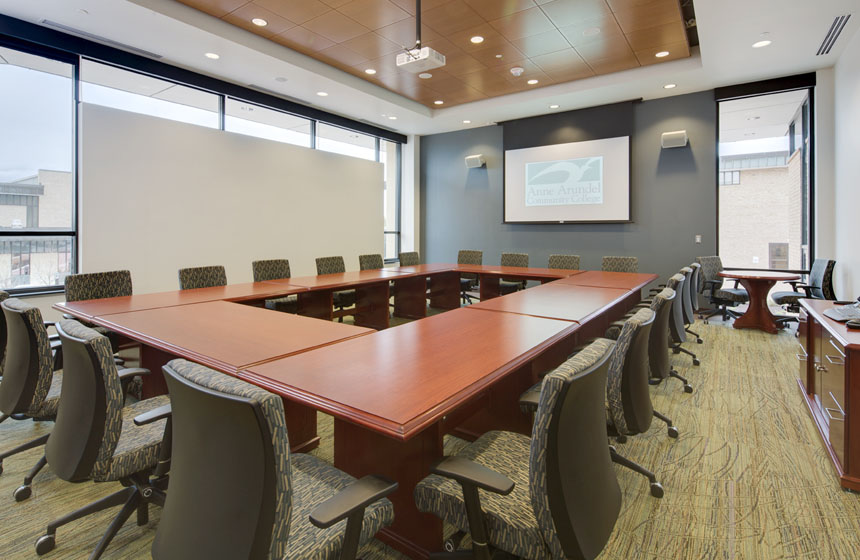 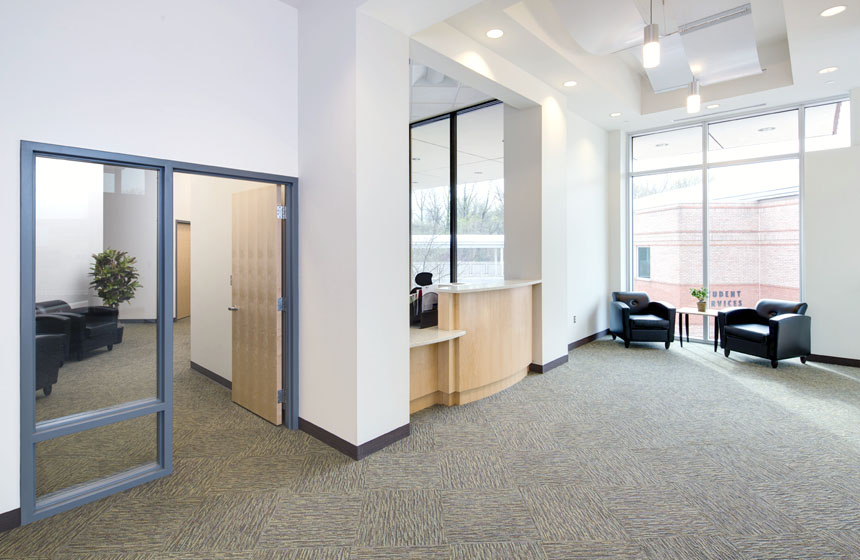 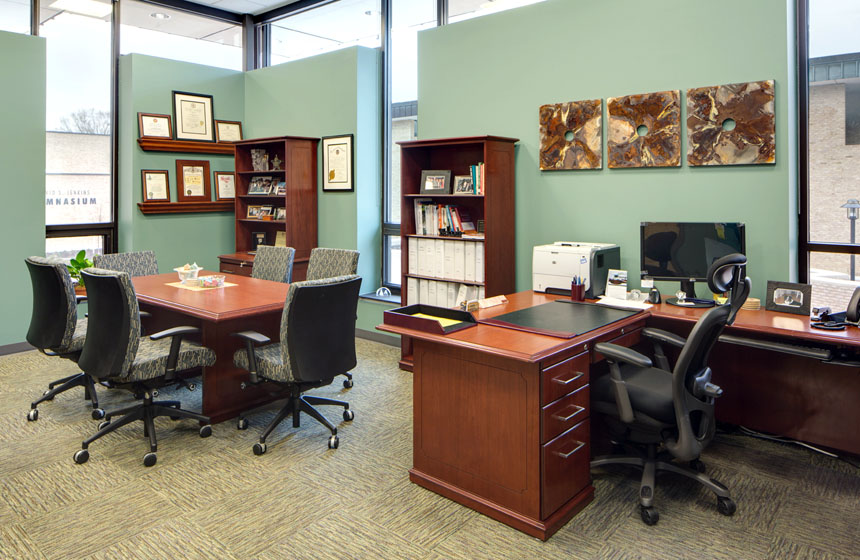 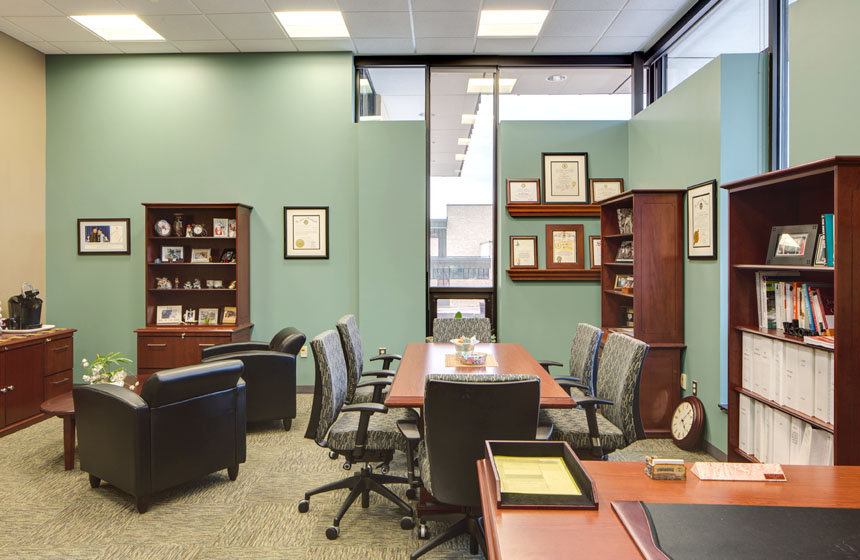 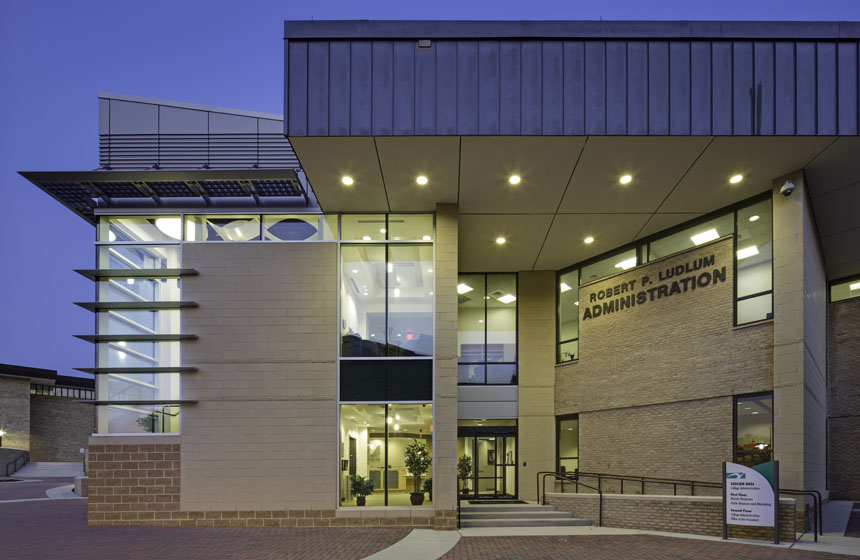 The Anne Arundel Community College (AACC) had experienced a steady, sustained growth in the student population since its inception in 1961. Their continued success relied upon the execution of a strategic plan to address the ongoing increase in demand for services. The Administration Building was part of the core of the early campus and it had not been improved to keep pace with the campus growth since its original construction in 1976.

The renovation and expansion of the Ludlum Hall Administration Building provided an opportunity for the centralized offices of the college President and executive staff to serve as a bridge between the past and present identities of the College. By maintaining the architectural character of the historic core of the campus, the building symbolizes the significance of the past, and through its innovative and sustainable design strategies, it signifies the tremendous impact the built environment can have on the future.

LEED Gold Certification was attained through the utilization of energy produced from a campus-wide solar collection array, re-use of architectural components salvaged from the existing building, and by recycling nearly all waste generated during construction.