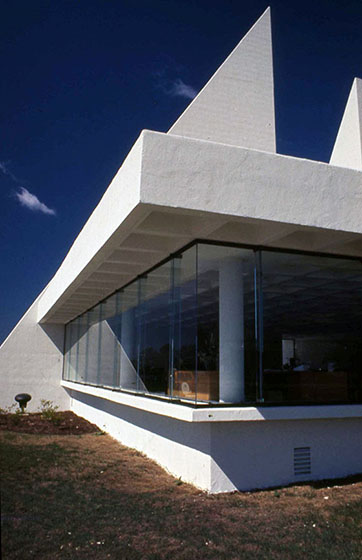 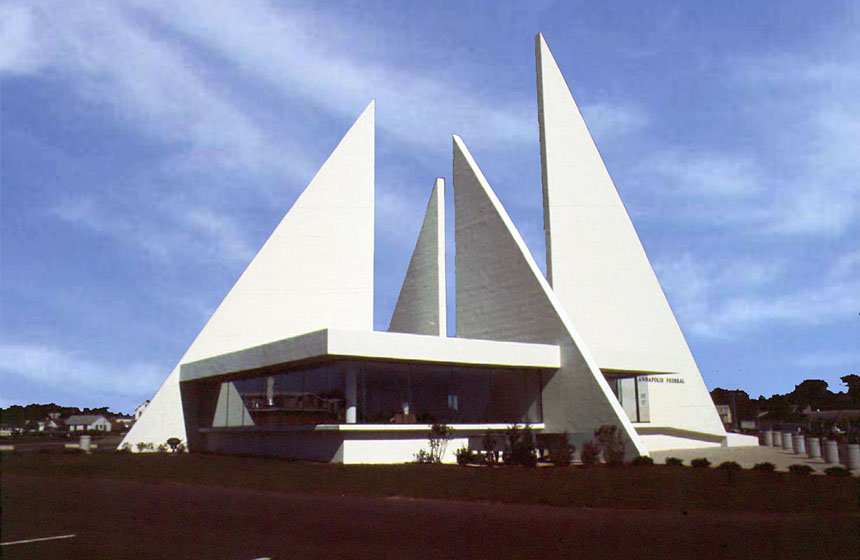 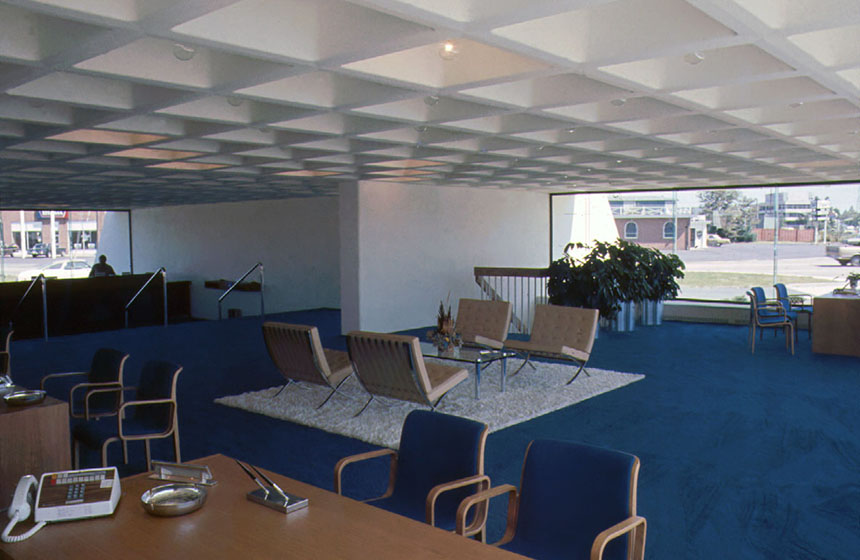 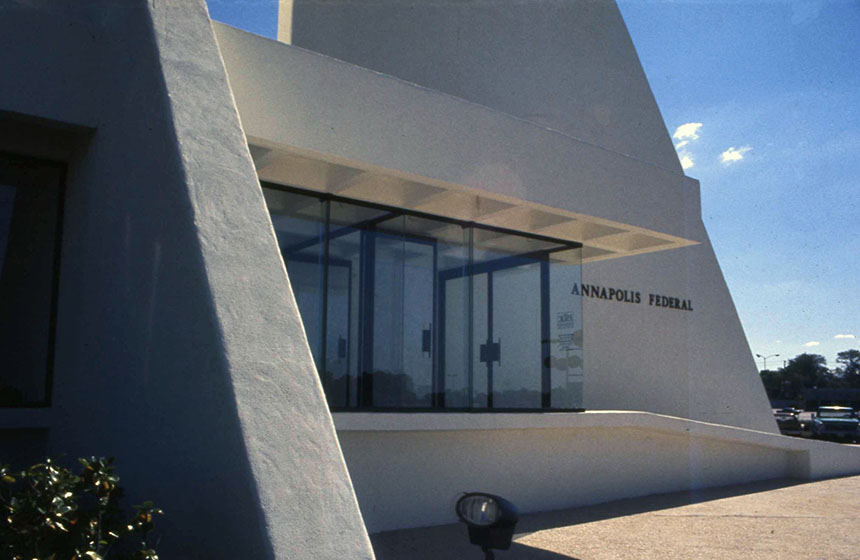 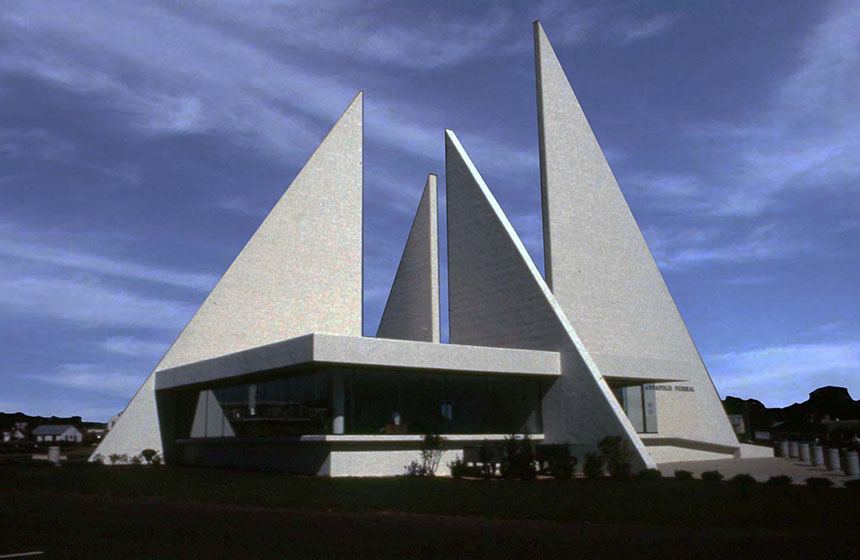 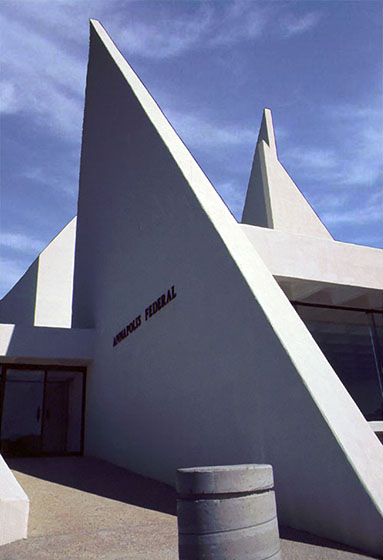 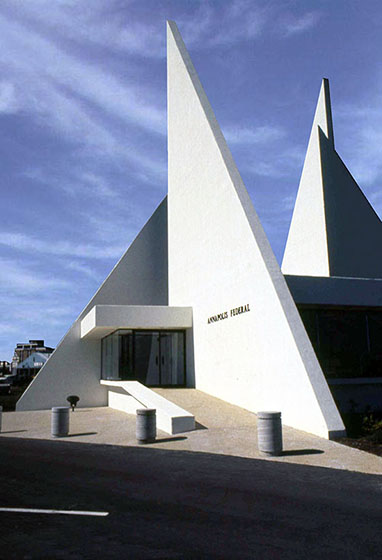 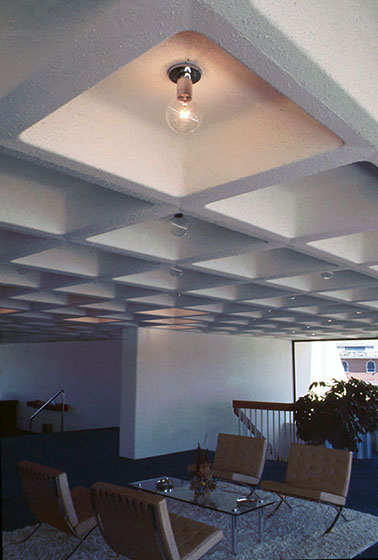 A fundamental premise of design work for Gant Brunnett Architects is a constant strive to create timeless architecture. A long standing example of that philosophy is the Annapolis Federal Bank. When giving directions to any out-of-towners trying to navigate through Parole, Maryland, the locals use the “sailboat bank” as a guiding landmark. For more than 40 years, its 70-foot high, white concrete sails have pierced the sky along Route 2- Solomons Island Road. In fact, the bank is one of the few constants in an area that has seen significant change.

“As I ride from south county and ascend the hill at Parole, I get the feeling of freedom and realization, for there in the midst of that busy section of traffic, people and stores, there appear white sails as if I were catching a glimpse of a sailboat gliding placidly on our own West River.”- the late historian, Ethel Andrews of Shady Side (Anne Arundel County, Maryland).